So I thought it would be fun to have my own font, sorta like an ancient language to use in whatever I made for secret commentaries and messages for me to put around.

I used a free font creator to make it a .otf/.ttf from what I drew in Illustrator and then made something quick with the font in Photoshop (I’m far from honed in Photoshop as some can see).

It is far from final as the online font creator left some smudges on my vectors, but as a version 1 font it isn’t half bad. 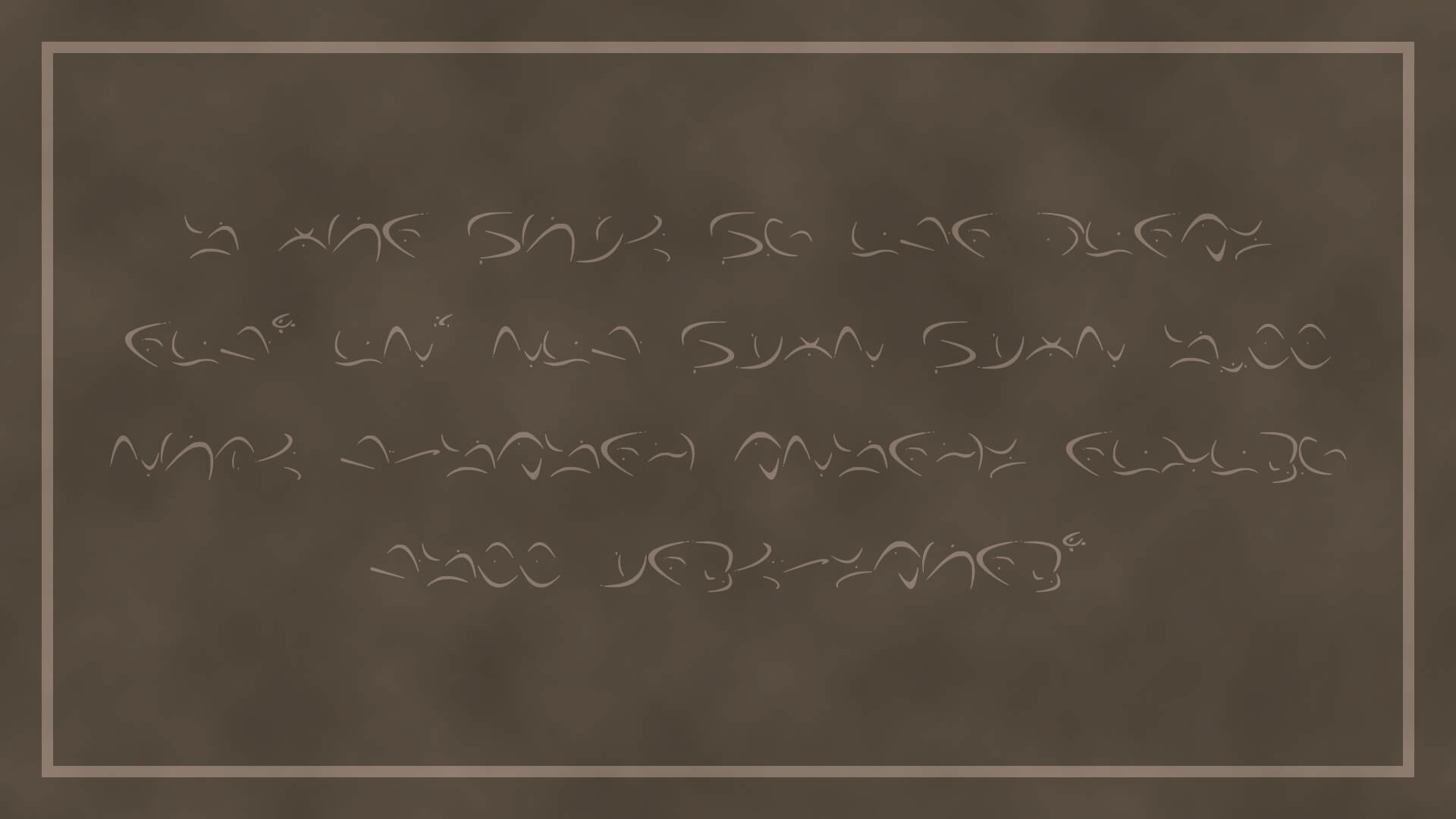 … What? Are you expecting me to tell what the message says? That would be no fun.

I don’t expect anyone to crack it either (at least not from this one message) so there you go, leaving you with the doubt. :3