And the magic button has been pressed:

PEG has been officially released!!! 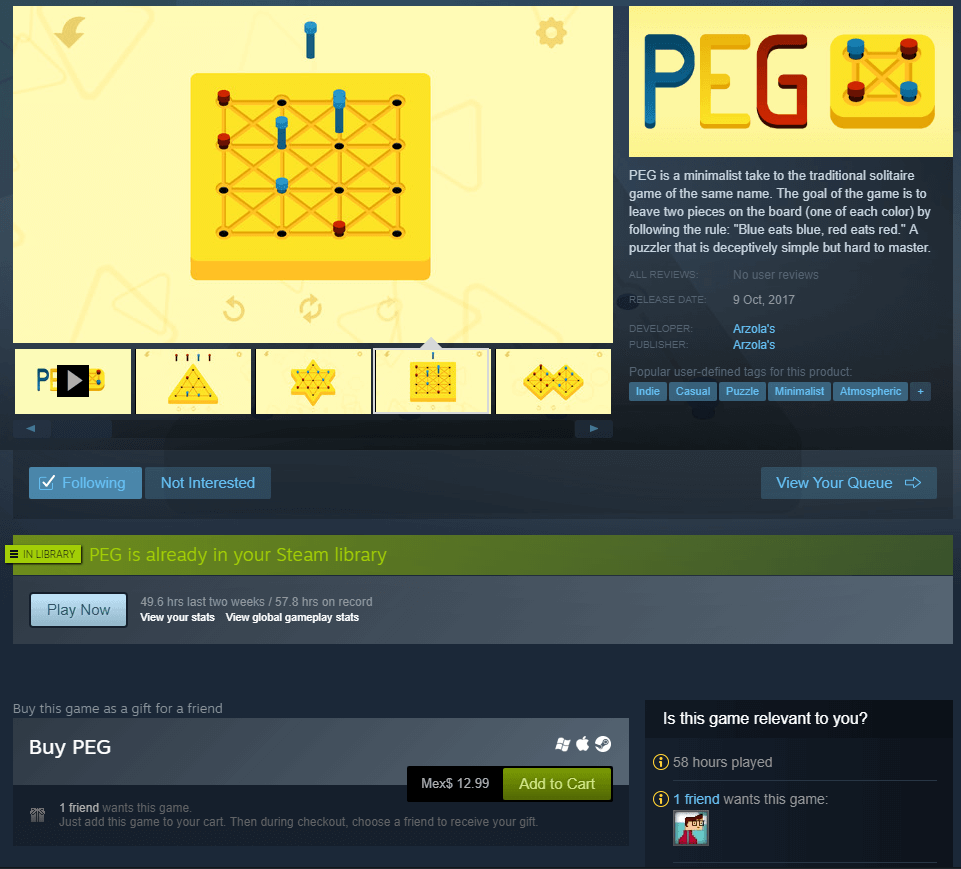 It should go live by the time the weekly deals are live.

Had it not been for the great feedback and support shown to the first game, a second would’ve never become a reality.

So once again, thank you a lot. Looking forward to release more and more.