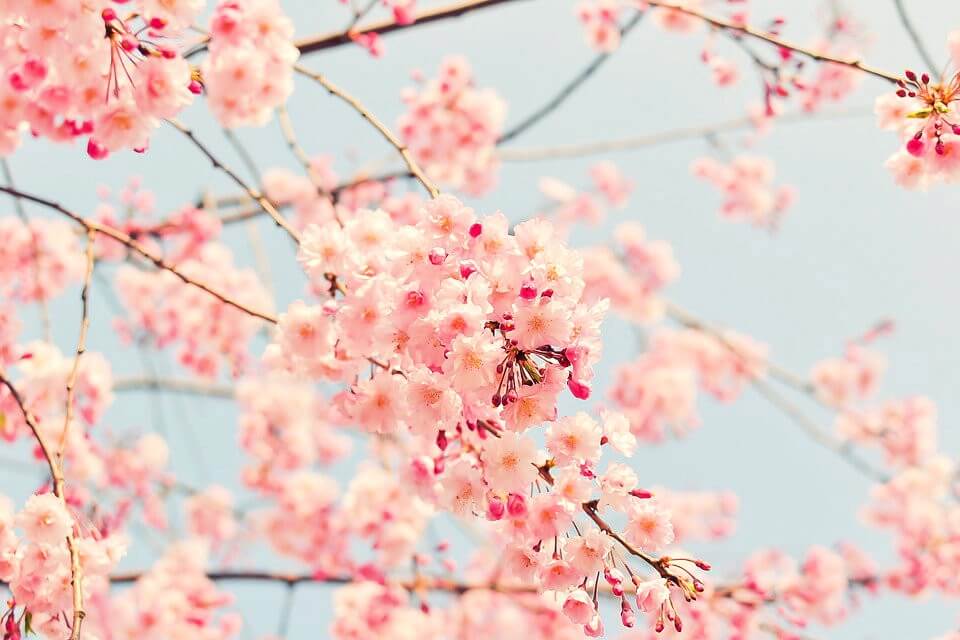 Last time I showed this little quest system it was but a bare skeleton without functionality (other than redrawing itself as needed) and now it is finally functional.

Added some more visual aids for easy readability including a human readable display of the conditions, warnings and error boxes for invalid fields and content and the events that will make it all happen once it is up and running with other systems. 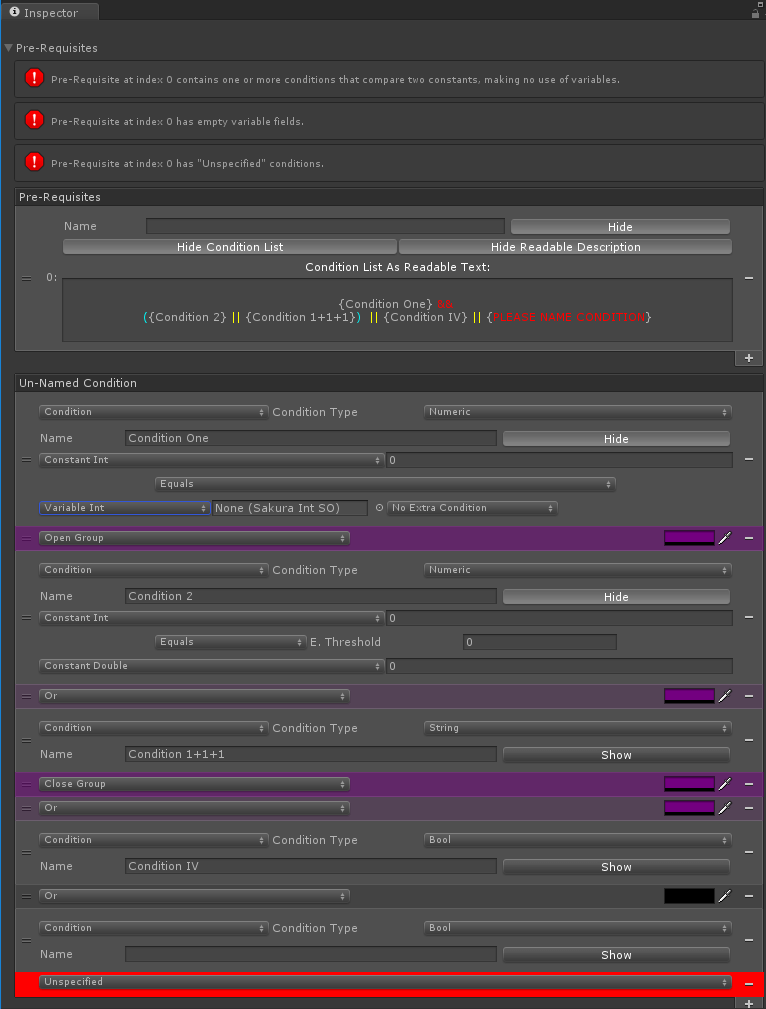 And to be honest, there is no other purpose to this post other than bragging a little. Sure, this is far from the best looking custom inspector or the most effective at is intended job, but I can proudly say I made it myself.

I’m sure taking my sweet time with these systems but that is because: 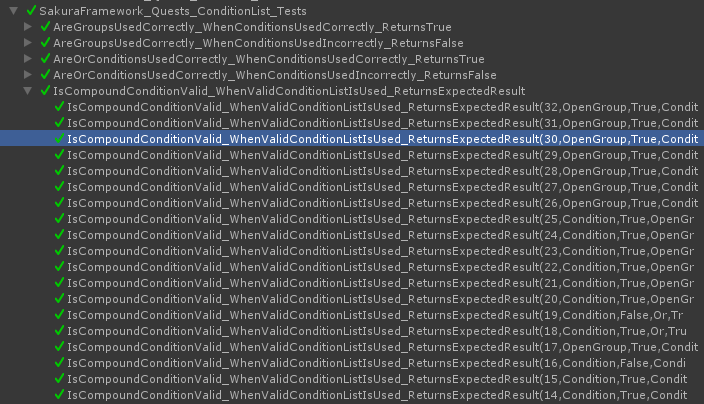 Again, just a little “Hey this is what I’ve been doing” kind of post to indicate I’m still alive.

And as always, to anyone that read it this far, thank you for reading my blog :3

I know, I know, a quest system? Really? But hear me out, this system isn’t to support the expected fetch quests or RPG trope-based type of missions only, but instead it is an universal system intended to easily deploy unlockables, achievements, and pretty much anything that needs to track certain variables to change the values of other variables.

And again, this shows the power of custom-made editor scripts that recently has become popular when defining Unity. 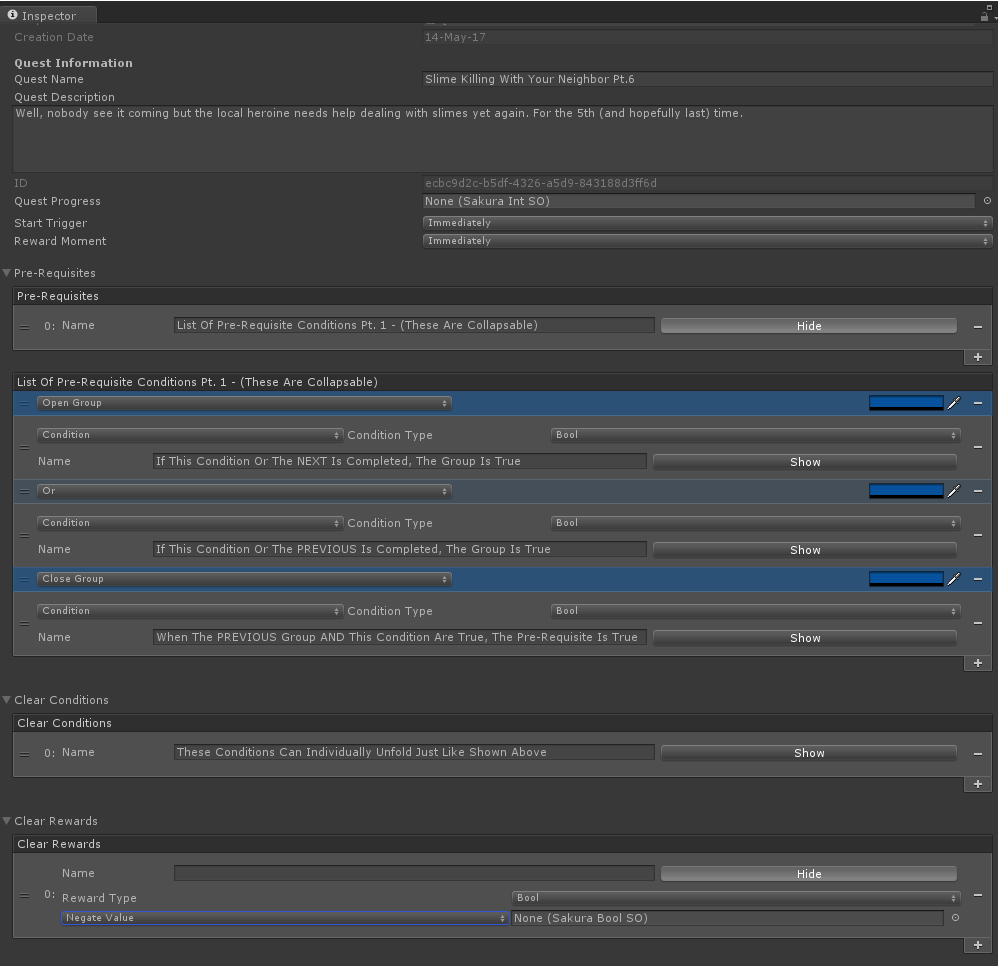 This is (partially) on what I’ve been working on, all these mini-systems that will work together in a custom framework for game development. The reason? Simply put, there are many, MANY things that need to be done for each game that become mundane, boring and repetitive depending on how often you iterate on a project.

Granted, I haven’t made that many titles, but I do rather make these boring parts upfront (and in an interesting way to implement as shown in the image above) and never have to worry about them ever again. You know, jump to the good stuff right away. Especially with what I’ve planned to work on during the following year.

The framework itself still needs some other basic systems before I finish PEG, most notably an achievement system (that is next on the list after the Quest system) to easily hook up with Steam, android and soon iOS devices + any future platform that may pop up if needed (not really will do that right away, but the placeholder will be there).

But yea, just a little heads up and a bump that says “I’m not dead” to all 1 of you that might read this.

But thank you that one person for reading my blog 🙂 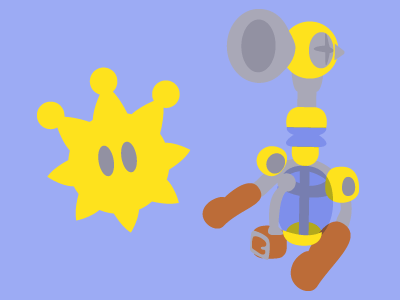 (And between you and me, this isn’t all I’ve been doing during the last week, it will just take some time before progress is revealed, so that’s that.)